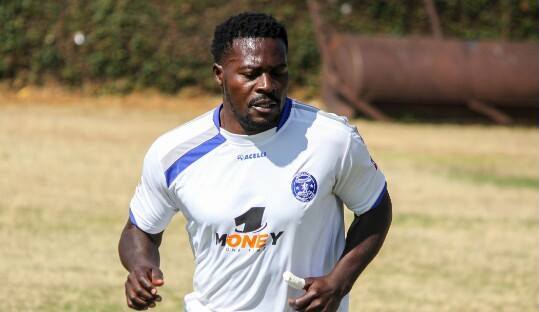 Dynamos assistant coach Joseph Takaringofa has confirmed that new signing Kingston Nkhatha is available for the rescheduled league fixture against Highlanders on Sunday.

Nkhatha joined the Glamour Boys during the mid-season transfer window, but his debut was delayed because he needed to get a reverse international clearance first from South Africa so that he can play in the local league.

His last club was SuperSport United which plays in the ABSA Premiership.

Speaking to the press on Thursday, Takaringofa said: “He (Nkhatha) will play on Sunday. It’s a boost for us, we need his experience and goals.”

Meanwhile, Dembare will travel to Bulawayo without their head coach Lloyd Mutasa who is on national duty with the Warriors.

Takaringofa will take charge of the encounter.