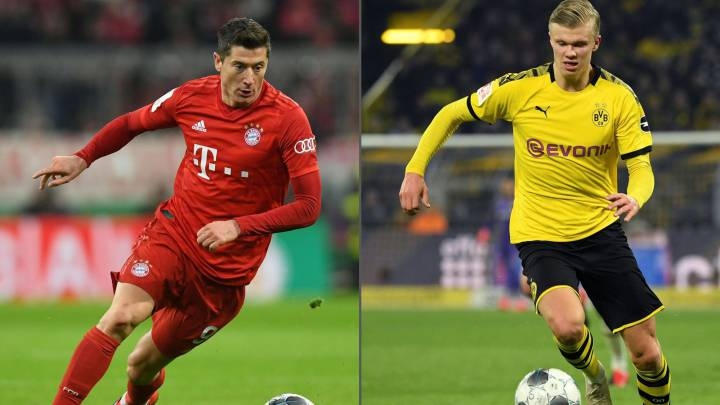 Borussia Dortmund host Bayern Munich this evening in one of the biggest matches in the Bundesliga.

The two teams are separated by four points with Bayern leading at the top while Dortmund trail in the second place.

The match will be played at Signal Iduna Park behind closed doors.

Kick-off Time
The encounter kicks off at 6:30 CAT.

Team News
Thiago Alcantara will not be part of the Bayern squad after picking up a muscle injury over the weekend. Serge Gnabry is doubtful to feature and could be replaced by Ivan Perisic.

Dortmund will miss injured captain Marco Reus and defender Dan Axel Zagadou. Mats Hummels and Axel Witsel look set to be fit in time for the game while Jadon Sancho will be pushing for a start after sitting on the bench in the previous three league outings.

Bayern have resumed their campaign with a 2-0 victory over Union Berlin before thrashing Eintracht Frankfurt 5-2 at home.

Dortmund have beaten Schalke and Werder Bremen, scoring six goals without conceding on their return.

TV & Stream Info
The games will be available in some parts of Southern African countries such as Malawi, Mozambique and Madagascar on Star Times and Star Times App for TV broadcast and stream respectively.

Viewers in Zimbabwe will not be able to watch the game.