ZIFA has announced that it will launch a probe on why the Warriors technical used Qadr Amin in the game against Mali despite his medical condition.

Amin started in the game but was pulled out with less than three minutes played in the first half and replaced by Ian Nekati, a change which came as a huge surprise.

According to a statement released on Monday, the FA said the player had been declared unfit to feature in any game at the tournament.

Amini was diagnosed with heart complications during medical tests upon arrival in Cameroon.

ZIFA have now promised to launch investigations on why he featured in the game.

The developments puts the technical under the bus and will have to explain the decision to start the Amin in the first place.

Here is ZIFA’s statement on the issue. 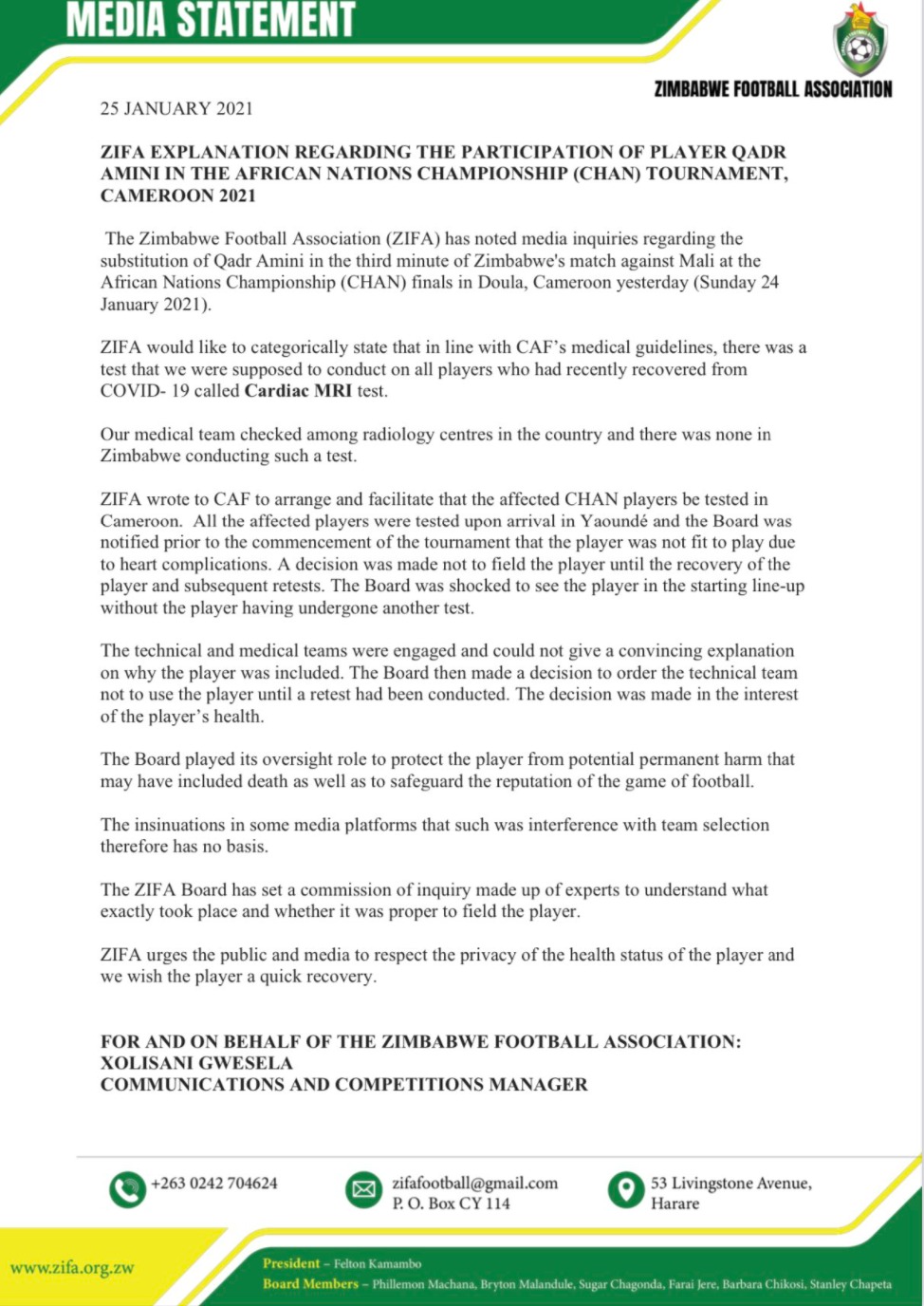