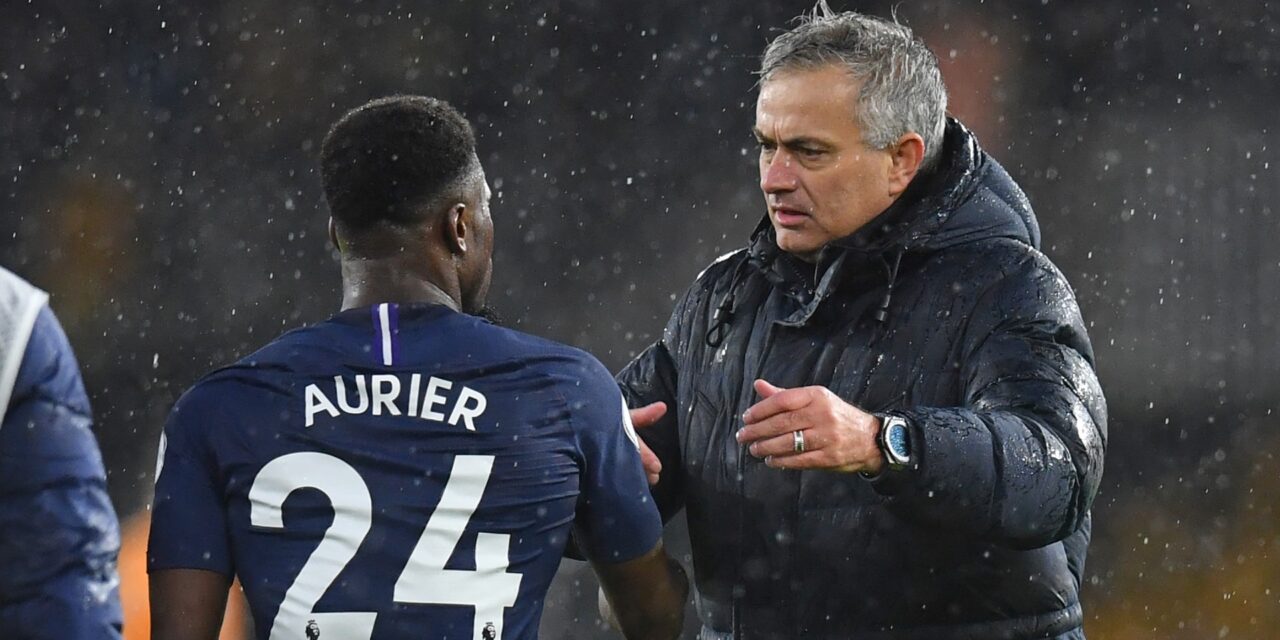 There were angry exchanges between the Tottenham players at half-time during their 1-3 loss to Liverpool on Thursday.

The incident was sparked by Roberto Firmino’s opener just before the break as players blamed each other for the defensive blunder.

Coach Jose Mourinho then made two changes at the start of second half, replacing injured striker Harry Kane with Erik Lamela, while Harry Winks came on for defender Aurier.

It has now emerged that the second substitution came as a result of the burst-up and Aurier did not remain at the stadium for the second half.

The Daily Mail reports: “Tottenham players were involved in a fiery half-time inquest during the loss to Liverpool on Thursday night in scenes that resulted in Serge Aurier storming out of the stadium at half-time.

“There was fury at the poor defensive errors that led to Roberto Firmino’s opener just before the break which sparked angry exchanges between players.

“Jose Mourinho took the decision to substitute Aurier at half-time a decision which infuriated the defender, who promptly left the stadium.”

The incident seemingly affected the team as they conceded a second goal through Trent Alexander-Arnold two minutes from the break.

Despite pulling one back courtesy of Pierre-Emile Højbjerg’s long-range strike moments later, Spurs went two goals behind again as Sadio Mane sealed the victory for Liverpool later in the game.