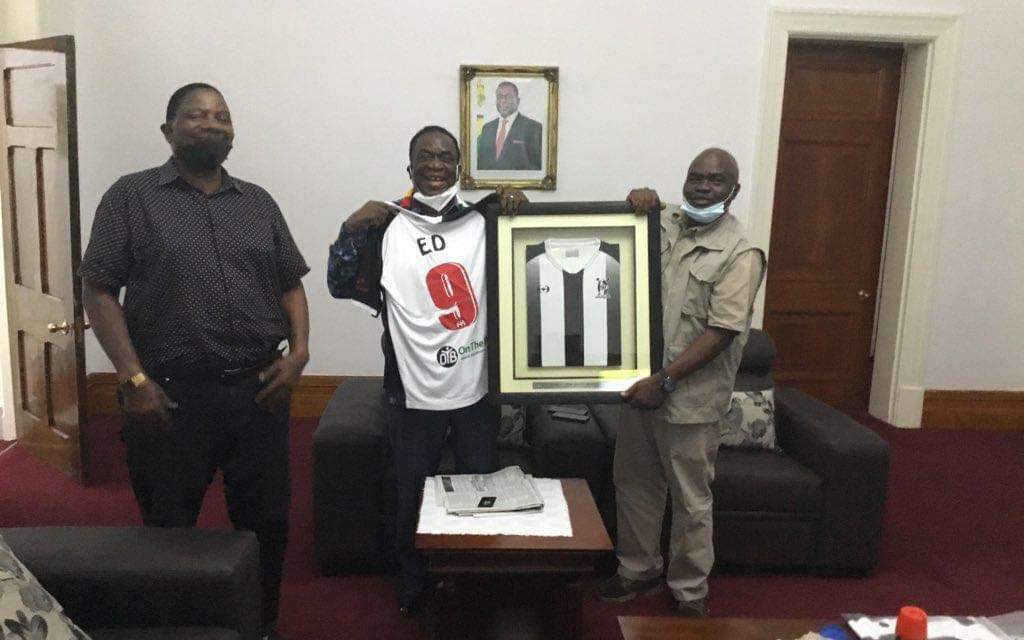 President of Zimbabwe, Emmerson Mnangagwa, has pledged to help Highlanders in their mining venture in Matabeleland North.

The head of state made the promise during a meeting at Bulawayo state house on Thursday with Bosso leaders which included board chairman Luke Mnkandla and executive chairman Kenneth Mhlophe.

Club CEO Nhlanhla Dube, who was also in attendance, said: “We were there to present to him the progress we’ve made in relation to the mine, he listened to the challenges that we’re facing and promised to assist us in the venture.”

The club received the approval from the Ministry of Mines and Mining Development in late December to start operations at their gold mine.

The claim is in Inyathi, Bubi District.

The mining venture is a first by a local club not owned by a mining company and should improve the club’s liquidity if run properly.