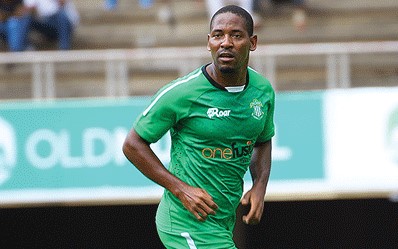 Method Mwanjali has retired from playing football as he pursues a career in coaching.

The Green Machine announced the retirement of their former captain in a statement:

“CAPS United Football Club would like to extend its heartfelt thanks to Method Mwanjali, our former player and captain, for his dedicated service to the club over the years.

“Method was part of our huge success story. He was a gentleman on and off the pitch. A good role model. We’re proud to have worked with him. We appreciate and cherish his tremendous contributions to CAPS United FC

“We will miss you our captain, your wisdom and experience, but most of all, we will miss the encouragement you have been to many of the young players. We wish you the happiest of retirements #YellowMan.”

Mwanjali cut his tooth in the Zimbabwean Premier Soccer League at Hwange FC before moving to Shabani Mine in 2004.

He later joined CAPS United in his first stint and went to South Africa where he played for Mpumalanga Black Aces and Mamelodi Sundowns.

The 36-year old returned to Makepekepe in 2016 for his second spell but moved Simba SC of Tanzania in the same year.

Mwanjali also attained a couple of international caps with the Warriors.