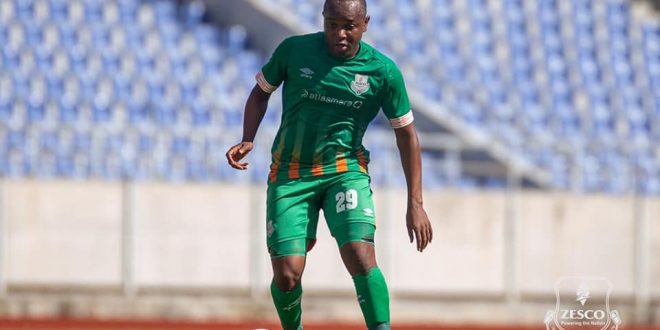 Warriors midfielder Tafadzwa Rusike was on target as his Zambian side, ZESCO United, reached the ABSA Cup semifinals following a victory over Kansanshi Dynamos on Saturday.

The Zimbabwean started from the bench and came on as a second half substitute. He found the back of the net in the 85th minute to open the scoring but his goal was cancelled out on the stroke of fulltime to force the game into penalties.

The 31-year old then converted his team’s second kick in the shootout while fellow countryman Thabani Kamusoko also scored from the spot as ZESCO won the match 5-3 on penalties.

Kamusoko played the entire ninety minutes of the cup encounter.

Meanwhile, the pair is part of the Warriors’ provisional squad for the Afcon Qualifiers against Botswana and Zambia later this month.