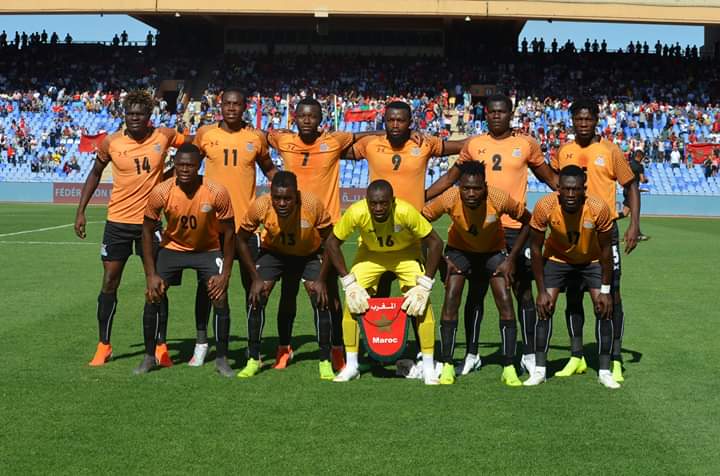 Zambia FA have confirmed a friendly match against Sierra Leone before their national team’s trip to Zimbabwe during the March international break.

Chipolopolo will face the Warriors on 29 March at the National Sports Stadium in Harare after hosting Algeria in the penultimate round four days earlier.

As part of the team’s preparations, the Zambian FA arranged a friendly with the West Africans who will make a stop over in Lusaka on their way to Lesotho.

According to Lusaka Times newspaper,  General Secretary Adrian Kashala said the friendly match will be played in Lusaka on March 22.

“Sierra Leone will make a stopover in Lusaka en-route to Lesotho where they will face that country in Group L of the AFCON qualifier match on 27 March,” the FA official said.

The friendly game will kick off at 9 pm at National Heroes Stadium in Lusaka.