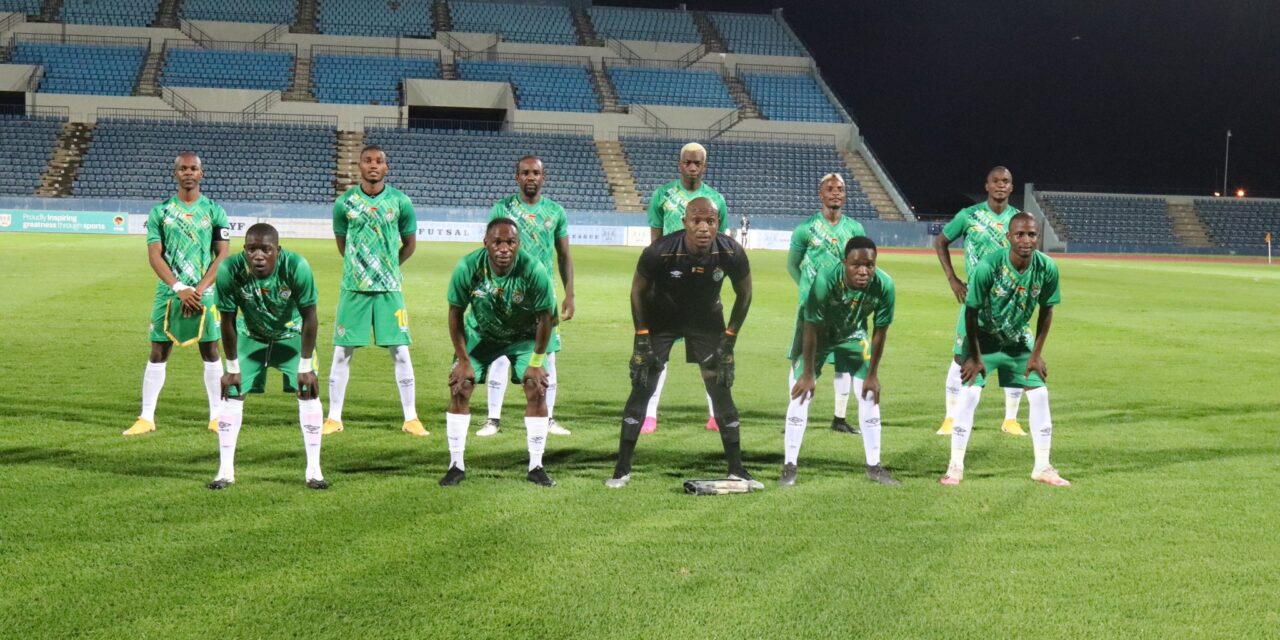 Zimbabwe took a step closer to qualifying to the AFCON 2021 after beating Botswana 1-0 in the Group H Matchday 5 encounter played in Francistown on Thursday.

The result put the Warriors on eight points while the Zebras were eliminated with four points from five games.

The game was delayed by twenty minutes after the visitors were denied access to the pitch due to the COVID-19 tests results which arrived late.

The play kicked off on a slow pace from both ends, and it was Zimbabwe who, at occasions in the opening minutes, pushed forward but could not create a meaningful chance.

A slow build-up on minute 13 saw Kudakwashe Mahachi impeded and won a free-kick from 40 yards out in the Zebras’ half. Musona took it at goal and the keeper spilled the effort into the path of Chikwende who headed home the rebound to open the scoring.

The away team kept a high line and forced three successive cornerkicks in the following moments with the second one almost flicked into the back of the net by Terrence Dzvukamanja.

The Zebras only started to make threatening attacks towards the half-hour mark but could not find the breakthrough going into the break.

The second half saw Zimbabwe maintaining their discipline as they restricted the hosts to their own half in the initial moments.

A couple of attacks followed for the home team but were kept at bay. Their first taste at goal after the interval was parried away by goalkeeper Thalbet Shumba on minute 62.

Zimbabwe held on the edge and picked maximum points at the end of the game to move closer to the qualification ahead of their final Group H game on Monday at home to Zambia.

Zdravko Logarusic’s men could still get the qualification as early as today if Chipolopolo fails to beat Algeria in another Group H encounter bieng played in Lusaka.