Action As It happened: Afcon Qualifiers – Zimbabwe vs Zambia 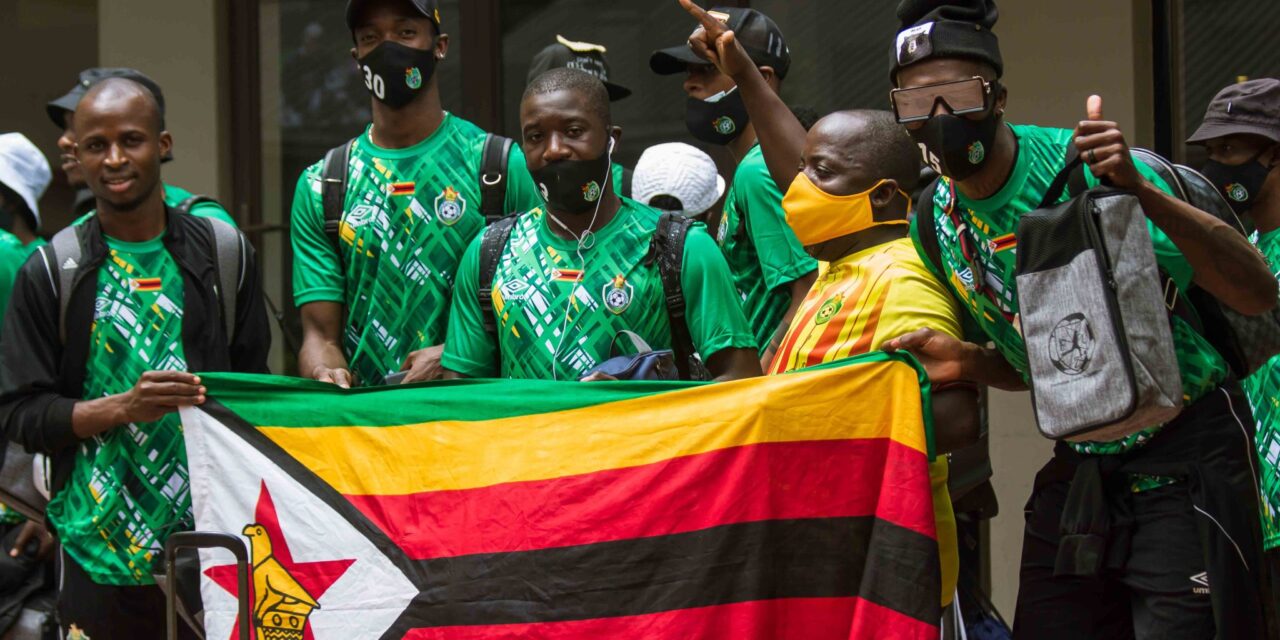 Follow our live coverage of the Warriors’ final Group H encounter of the 2021 Afcon Qualifiers against Zambia.

91′ Freekick to Zimbabwe, taken into the box but Alec Mudimu who is at the end of it sends his effort over.

86′ Roderick Kabwe with a well taken shot but his effort misses the target by inches.

77′ Daka geets the ball into the back of the net but his effort is ruled out for an off side.

77′ Zambia’s Kabwe breaks away but his effort fails to reach the target.

69′ Karuru sets up Tafadzwa Rusike who strikes at goal but the keeper saves the effort, conceding a corner kick.

65′ Zimbabwe lacking the cutting edge in their attacks.

63′ Chama breaks away but Zim recovers, quickly launches an attack but Karuru is caught offside.

55′ Zimbabwe trying to set an early pace as Karuru leads the attacks.

51′ Zimbabwe reach near the goal the attack ends with an wasted effort.

48′ Zimbabwe survives an early scare in the second half after Kamhuka was caught off-guard. Effort goes an inch off target.

45′ Daka with a big opportunity but takes long to release the ball.

43′ Zimbabwe on attack but nothing comes out of it.

41′ Zimbabwe concede a free kick from a dangerous position, Thandi Mwape meets it, but his header goes out.

36′ Zambia coming again, and Bhasera defends well to concede another corner kick which is cleared by Kamhuka.

31′ Freekick to Zimbabwe in a promising position, wasted.

28′ Enock Mwepu weighing heavy in the midfield and causing all sorts of troubles in Bhasera’s left flank.

25′ Corner kick to Zim, Alec Mudimu meets it but his effort goes out for a goalkeeper.

25′ Freekick to Zim, Tafadzwa Rusike takes it into the box, punched out for a corner kick.

19′ Freekick to Zambia, flighted into the box, cleared.

19′ Freekick to Zambia, flighted into the box, cleared.

11′ A through ball is threaded forward but Rusike is late to reach for it and Zambian keeper comes out to clear it for a throw-in.

10′ Zambia holding a edge but both teams yet create meaningful attacks.

7′ Zim slowly coming alive as they opt to build from the back but they are quickly losing the plot as they go forward.

4′ Karuru leads Zim’s first attack of the game but the run is wasted as Zambian keeper picks the ball.

2′ Zambia with an early pressure as they look to for an early goal.

1′ Zambia gets the game underway.