CAF Confed Cup: How Mine 4-0 Chuoni 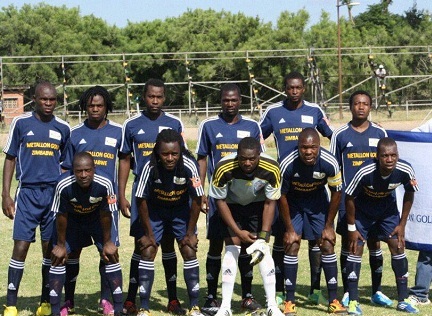 HOW Mine were unstoppable as they beat Chuoni FC 4-0 in the first leg, of the preliminary round of the Orange Confederation cup at Barbourfields stadium this afternoon.

The damp, partly waterlogged pitch conditions could not dampen the hosts to lay a healthy foundation to progress to the next stage of the competition.

Kudakwashe Musharu opened the scoring in the 34th minute. Substitute Emmanuel Mandiranga had passed on a ball from Timothy January and Morris Kadzola.
Mandiranga replaced Edmore Muzanenhamo, to what was the most tactical and beneficial move by coach Philani ‘Beefy’ Ncube.

Only at his first touch, Mandiranga created the opener.January and Warren Dube had piled up pressure for long at the goal mouth.

Coupled with a series of neat passes in the middle of the park, Dube had and January were instrumental at the heart of defence
Veteran Mernad Mupera netted in the second through a well taken penalty.

The spot kick was to rejuvenate the How Mine charges who took an offensive approach. Moments later Musharu, star of the day, came in to unleash the third. From there the visitors looked dreary and had given up the game.

How Mine also dropped pace on scoring the third goal but Chuoni failed to capitalize. Warren Dube, after missing a lot of chances, closed the show and scored the fourth.
Chikurupati bagged the win without services of experienced Hebert Dick, Gilbert Banda and most its seasoned players.
Ncube the miners’ gaffer said: “This was a result of the secret camp we had the past week.“I managed to realise that the opponents would be content with a draw. An outright win is all we needed and we got that.