Supersport have completed the signing of Dynamos and Zimbabwean goalkeeper George Chigova on a 3 year deal according to reports from South Africa. 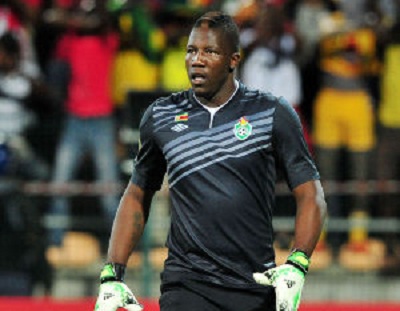 Chigova to join Supersport in July.

Chigova had been on the radar of a number of South African clubs after an impressive CHAN 2014 with the Warriors but Supersport were leading the race tabling an offer that has since been accepted by Dynamos.

South African publication Soccer Laduma reported today that the 22-year-old has signed a three-year deal with the Tshwane-based outfit, and will join them in July.

Supersport United CEO Stan Matthews expressed his satisfaction with getting Chigova and said he would increase competition in the goalkeeping department.

He told Kickoff.com “We are fortunate to have a great goalkeeping complement at the club in Ronwen Williams and Boalefa Pule, and with Rowen Fernandez likely to leave at the end of the season it was important for us to have fierce competition in every position, including the keepers,” he said.

“I am certain that George will push Ronwen and Boalefa all the way and I’m looking forward to seeing a record amount of clean sheets next season.