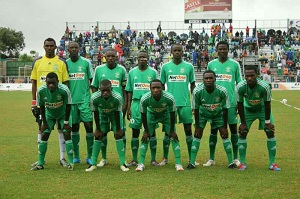 Caps United have finalised their squad for this season and will announce the names of the players before the Friday player registration deadline.

Not many surprises are expected as they have retained most of the players that were in their starting line up from last season.

Head coach Taurai Mangwiro believes he has chosen the right crop to bring the glory back to the  Green Machine.

Mangwiro told Soccer24 “We are now very much certain of the players who we will register for the first half of the season and we hope they will carry us forward.

” It’s basically a continuation of the team we had last season as we have kept most of the guys we had and all the youngsters we had we have managed to keep them, ” said Mangwiro.