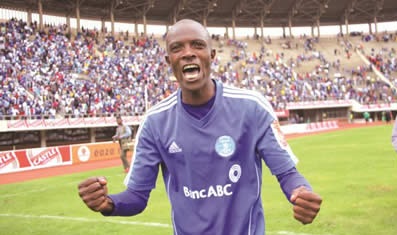 Dynamos captain Murape Murape says their CAF Champions League hopes are still very much alive despite a disappointing draw to AS Vita on Saturday.

The match saw Dynamos fail to make the most of home advantage and leaves them needing a positive result in Kinshasa this weekend to go through.

An acheivement that will need a massive improvement from Dynamos who looked toothless upfront and could not break down the resolute AS Vita team who looked quite comfortable and confident.

Murape Murape acknowledged their disappointment but refused to thrown in the title and believed they could still proceed to the next round.

Murape told the Herald, ‘We are all disappointed and dejected but we will not keep our heads down because we believe it’s not over yet.

‘The game is still on but we would need to work on our confidence and self-belief as we go to the DRC. It has to be in us that we can do it.’

If Dynamos go past AS Vita they are likely to meet South African giants Kaizer Chiefs who have a comfortable 4-0 cushion over Mozambican side Liga Muculmana.