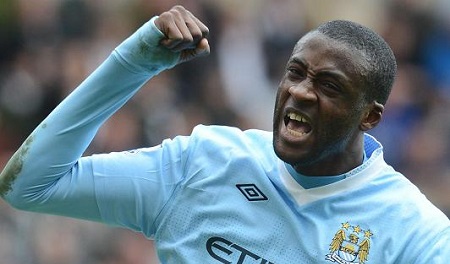 Sami Nasri believes that Yaya Toure is shockingly underrated outside Manchester City and that because he is African he is not given the acclaim he deserves.

Nasri described his teammate as the world’s best midfielder after his stunning chip into the top corner turned the Capital One Cup final against Sunderland.

But the Frenchman is convinced Toure is always ignored in the global player-of-the-year awards because he is from the Ivory Coast rather than a more established football nation.

Nasri, who scored City’s second goal in the 3-1 win at Wembley on Sunday, argued that Toure would be hailed as one of the game’s greats if he was from South America.

“If he wasn’t African everyone will say he’s the best midfielder in the world,” Nasri said after winning his first English cup final. “He can do everything, he can score goals, he can defend, he can attack. When he gets the ball he is so powerful. You should just admire the way he plays because he’s a great player.