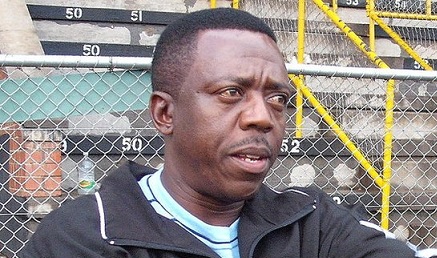 The club officially confirmed the appointment of Gumbo yesterday in a statement.

“This is to officially inform you that RAHMAN GUMBO is the new Gaborone United Technical Director who shall be responsible for overseeing all GU structures including development and women soccer team. Gumbo and GU agreed on a one and half year contract effecting immediately”

Gumbo replaces David Bright. It is reported that Rush, as Gumbo is affectionately known, has been on GU’s radar for close to two years.

The club is said to have kept the development under wraps as they still had to lay off Bright, who was on suspension.

The Botswana Premiership is not new turf for Gumbo as he spent three years coaching Rollers and Chiefs and settling in should be easier for him.

His first stint in Botswana came with mixed fortunes after he won a double with Rollers during the 2009/10 season before moving to Chiefs the following season where he only managed a second place finish.

He then moved to cash rich Zvishavane side FC Platinum before guiding the Warriors in the AFCON 2013 and 2014 World Cup qualifiers.Gumbo was involved in the coaching of department of Bulawayo Chiefs(who recently merged with Bantu Rovers)  in division one.