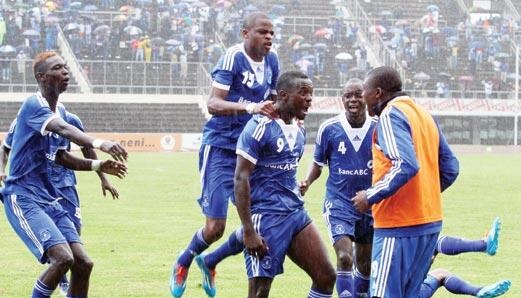 Dynamos continued their dominance over Highlanders when they won 2-0 in the Bob 90 Final played at Rufaro Stadium today.

Masimba Mambare capitalised on a defensive error by Felix Chidungwe to put Dynamos in the lead. Chidungwe laid a back pass into the path of the incoming Mambare who made no mistake tapping in to the net to give Dynamos the lead.

Man of the match Ronald Chitiyo who had an impressive game then sealed the win just after the half-time break when he scored from a long range effort that totally beat Munyaradzi Diya in the Highlanders goal.

Bosso tried all they could and just five minutes after the Dynamos goal Milton Ncube put in a cross at the far post only for Mahachi to miss the header with Chigova beaten.

Dynamos looked to have scored a 3rd through Chitiyo but his effort was ruled out for offised though replays suggested he had been on side when he scored.

Highlanders were unfortunate to have what seemed to be a clear penalty appeal waived away by the referee and it was all Dynamos dominating as the match progressed til the final whistle.

The win means Dynamos walk away with $45 000 in prize money and extend their unbeaten run against Highlanders.