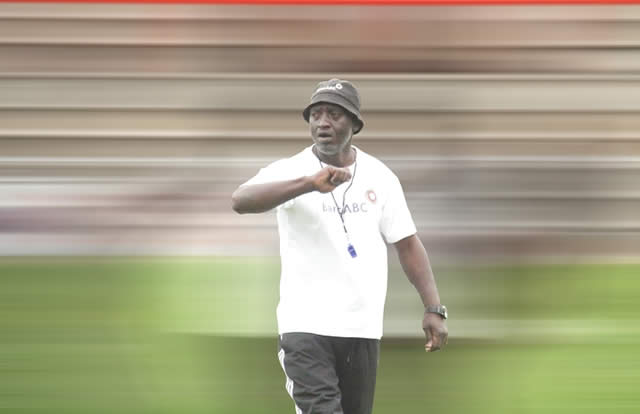 Newly Apointed Highlanders head coach Amin Soma Phiri has expressed confidence that they will beat Harare City today in the premiership enconter and go on to win all their remaining matches.

Amini who took over from recently fired Bongani Ncube begins his journey with a trick asignment away to Harare City and the new man in charge is confident that Bosso have enough human power to cause upsets.

In an interview with the chronicle Phiri says he is shocked at Bosso’s position on the log (10th) and says with all the good players at their disposal they should be in a better position.

“I’m not looking for a loss (in the nine matches). I’m going to Harare to win and it’ll happen because there’s everything that a coach needs in terms of playing personnel,” said Soma-Phiri.

“We’re expecting a very tough game, they’ve good players and technical team but I’m not coming back home with a loss,

“I wonder why we were losing with the kind of players we have, I really don’t know where we were missing it. The guys assembled a very good side and we’re struggling with our selection because everyone wants to be in the team,” he added.

Tsholotsho vs How Mine (White City Stadium)