‘I can call all my managers except Benitez’: says Gerrard 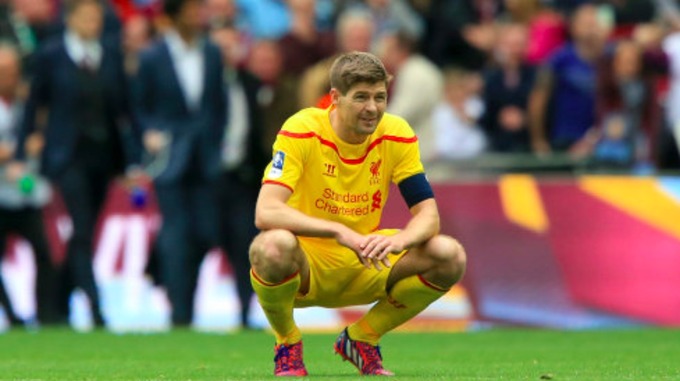 Rafael Benitez was the best tactical manager Steven Gerrard ever played under but the former Liverpool captain said he felt the Spaniard did not like him as a person, according to an extract from his autobiography being serialised in the Daily Mail.

Gerrard left Anfield to join LA Galaxy after 17 years at his boyhood club and has already gone on record to say he might have stayed had he been offered a role within current manager Brendan Rodgers’ backroom staff.

“I don’t think Rafa Benitez liked me as a person. I’m not sure why, but that’s the feeling I got from him,” the 35-year-old said.

“I can pick up the phone and speak to all of my previous Liverpool managers. Except for Rafa.

“It’s a shame because we probably shared the biggest night of both our careers — the 2005 Champions League victory in Istanbul — and yet there is no bond between us,” the midfielder added.

Gerrard said Benitez’s “ultra-professionalism” and “frostiness” drove him to be a better player but “on a basic human level” he preferred the management style of Rodgers and another former Liverpool manager, Gerard Houllier.

“I had a hunger to earn a compliment from him (Benitez) — but also a hunger to let him know he really needed me as a player. We were like fire and ice,” Gerrard added.

“It would not be my style if I were to ever become a manager — I’d try to fuse the best of Rafa’s tactical thinking with Brendan’s skill as a man-manager,” Gerrard said.

Liverpool’s long-serving skipper criticised the Spaniard for his more flamboyant outbursts, including Benitez’s public spat with the club’s board and his infamous “facts” speech against then Manchester United manager Alex Ferguson.

In January 2009, with Liverpool top of the league, Ferguson commented that nerves might ruin the Reds’ title bid.

Benitez responded by reading out a list of accusations about Ferguson’s conduct regarding referees, the FA’s Respect campaign and fixture lists at a bizarre press conference.

“Rafa kept saying ‘fact, fact, fact’ and I could not believe what I was hearing,” Gerrard said. “I was grabbing the couch, digging my fingers into the arms, feeling embarrassed for him.

“When I met up with England, all the Manchester United players told me Fergie was just laughing at Rafa, saying: ‘I’ve got him, I’ve got him’.”

“Rafa made a lot of decisions with himself in mind. He wanted power and control. I didn’t like it. Fighting with the board, other managers and the press wasn’t the Liverpool way.

“Rafa broke the focus of the team,” Gerrard added.