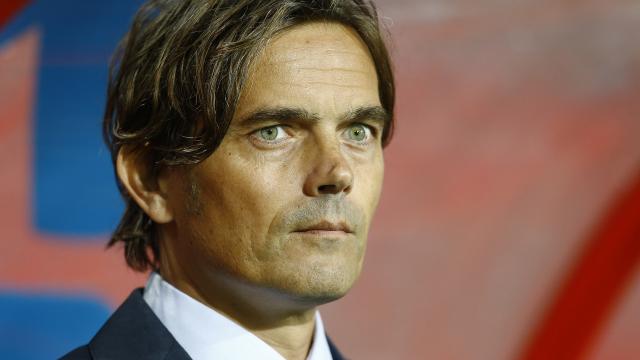 PSV Eindhoven must play without fear when they launch their Champions League Group B campaign at home to Manchester United on Tuesday, said coach Phillip Cocu.

The Dutch club are returning to the group phase of the competition for the first time in seven years.

“We have respect for each opponent but we are not scared,” Cocu told reporters on Monday. “Manchester are an absolutely top team but that doesn’t mean we don’t have a chance.

“We’ll have to reach above our potential, that’s the way you get big results. If you don’t do it then it becomes a lot harder, details are very important against these sort of teams.”

PSV are without Dutch international full back Jetro Willems due to a long-term injury. Striker Adam Maher was back in training on Monday after missing the 6-0 victory over SC Cambuur at the weekend but he is deemed to be short of match fitness.

“The players must play with their hearts and keep their heads in the game too because these are the kind of matches you dream about participating in,” said Cocu.

“We are going to give everything we can. We have to ensure we leave the field at the end of the match with the feeling that we did everything we possibly could.”

PSV will be featuring in the group phase for a Dutch record 14th time. Back in 2008 they finished last in their section behind Liverpool, Atletico Madrid and Olympique de Marseille.