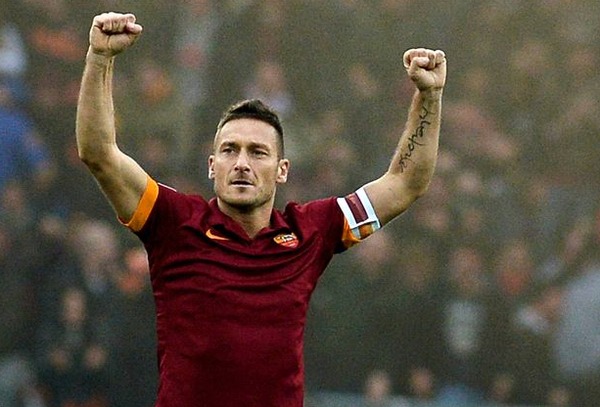 Francesco Totti has had, in a word, an absolutely incredible career. The AS Roma captain has played more than 700 all-competitions matches for Roma in his illustrious career, and now at 38 years young, he’s scored his 300th goal for the capital club in a match against Sassuolo.

It’s not the prettiest goal of his career, but that doesn’t change how monumental an accomplishment it represents. Not many players score 300 in their entire careers, much less with a single team.

Totti has become the first player in the history of Italian football to score 300 goals with the same club.