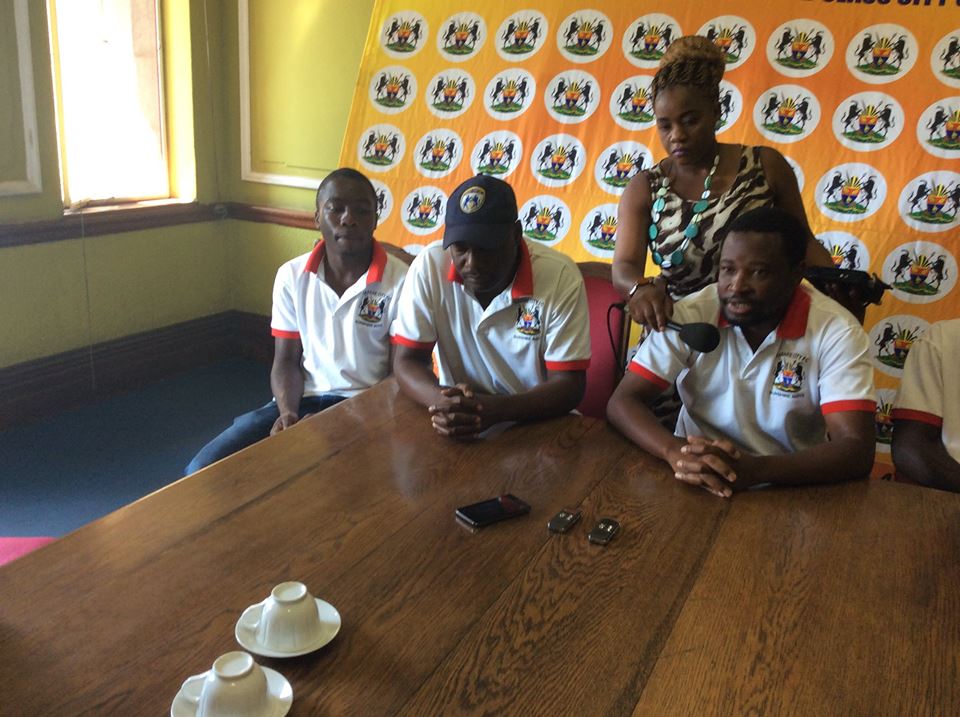 Harare City Assistant coach Mkhupali Masuku says they will gun for points when they meet Triangle in a Premiership match scheduled for Rufaro Stadium this weekend.

Speaking at the Pre Match presser, Masuku said they have no business dwelling in the past.

” That match is now water under the bridge and the players knows that too. We have no business dwelling in the triumph of the past when we got more matches to play before the end of the season.

“Yes, we have beaten them, but they have beaten us too before, so this is a new match with new things at stakes.

“Triangle is a good side and we will face them as that. As City we have been working very hard to win matches and we want to do that on Saturday. What we know is this will be a different match.

“Our boys know that but what is more interesting is we have more options to select the team as we welcome some players who were with the national Under 23 team in Congo,” Masuku said during a press conference at Town House.

Right back Munyaradzi Nyenye and Tatenda Munditi returned home after a sojourn in Congo for the All Africa Games in Brazzaville.

Masuku said his side are under no pressure to win matches.”We know what we want. We know what we are set to do and can do. No one is putting any pressure on us but we as coaches have what we want to do. Triangle are just like any other team we have played before so our attention levels are high.

“At this stage of the season matches are difficult and attention to detail is heightened and we are no different,” added Masuku.

City play the second of the double header scheduled for Rufaro stadium. With 34 points, City are three points behind Triangle and a win will put them square on points with them, making this match a tantalizing prospect for the fans.

And Masuku knows better: “It’s the points that we will be playing for and nothing will stop us from doing that. Triangle or not City have points to win and we are doing it match by match”.