The future for Zimbabwe Soccer is bleak says FIFA 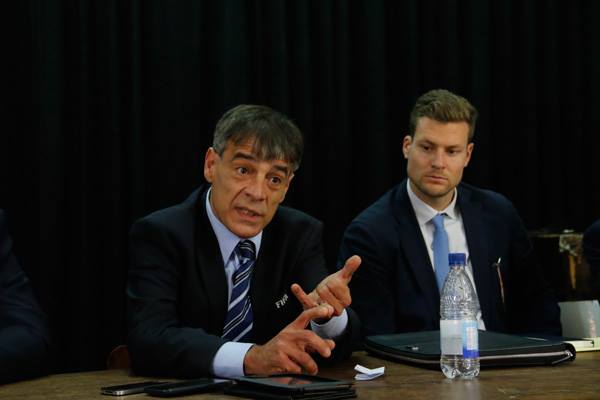 Zimbabwe soccer fans across the country were overjoyed after the expulsion of Cuthbert Dube as ZIFA President. Many people opined to that Dube was a hindrance to the growth of the beautiful game in Zimbabwe.

A FIFA official Primo Corvaro, who officiated the meeting that voted out Dube spoke to Jounalists after the meeting said removing Cuthbert Dube from the helm of Zifa was not the solution to the crisis facing Zimbabwean soccer.

“Whoever is going to take over has to be strong. Zimbabwe will not be getting any financial assistance from Fifa and I can forsee football disappearing soon if you are not careful,” he said.

“It’s good you still have the domestic league which still has got a few sponsors.

“The reason why you guys will not be getting funds is simple, — your association has for the past years failed to provide to Fifa yearly audited reports and for such a case, we cannot continue giving you money.

“The new leadership has to quickly pay auditors so they can release the yearly reports, as well as settling some of your important debts which might affect your progress as a nation.”

Primo also reiterated that Zimbabwe will not be readmitted into the 2018 FIFA World Cup and also that Zimbabwe may also be banned from the 2022 edition if they fail to settle Tom Santeif outstanding salaries.