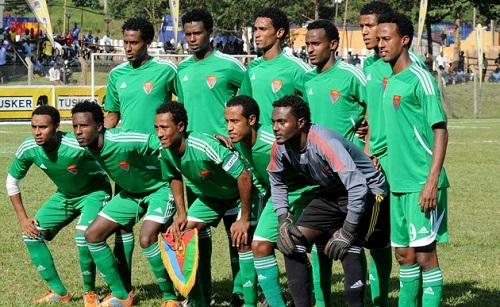 A total of 10 Eritrean players have refused to return home following their World Cup qualifier against Botswana yesterday.

The 10 players are  reportedly seeking asylum in the country. Botswana Football Association Public Relations Officer Phakamile Kraai told the Botswana Gazette that 10 of Eritrea players have refused to return to their home country following their last night’s World Cup qualifier against the Zebra’s of Botswana.

The team was expected to fly out of the country this evening and  the players seeking asylum are currently being interviewed by the police to find out reasons for not wanting to go back to Eritrea.

Eritrea lost the match 3-1 yesterday, 5-1 on aggregate to be knocked out of the qualifiers.

This is not the first time that players have sought refuge in a country after a match in 2012 17 Eritrean footballers and the team doctor disappeared after the CECAFA championship tournament in Uganda and all applied for asylum in the country.