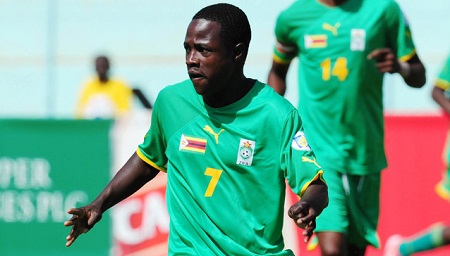 Dynamos midfielder Ronald Chitiyo has apologised for not joining the Warriors camp in time last week.

Chitiyo together CAPS United pair of Hardlife Zvirekwi and Justice Jangano also attempted to join late and were expelled the head coach Callisto Pasuwa .Pasuwa insisted he only wanted to work on focused and disciplined players.
“I do not want to say a lot and the reasons for turning late for camping but I want to apologise for my actions. If given a chance I still want to play for my country,” he said.

The Warriors play the Crocodiles of Lesotho in the reverse fixture in a fortnight’s time and a result will see them through to the finals of the tournament to be held in Rwanda.