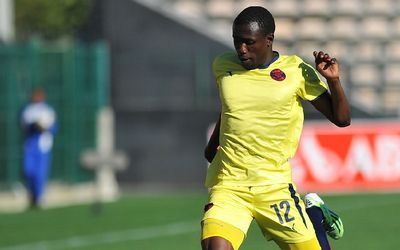 Mashumba has struggled upfront despite playing a key role in Cosmos’ promotion to the top flight from the National First Division last season.

Mashumba missed a good chance in the game before getting it right in the 36th minute with a fine header to give his side the lead.

Cosmos held onto to the lead to get their first maximum points of the season.Cosmos are now in 13th with 7 points from 8 games.

Mashumba turned out for Blue Ribbon before joining NFD side Blackburn Rovers as a teenager then joined Jomo Cosmos in 2014. He scored 19 goals in the NFD league last season as Cosmos secured a place in the top flight

Another Zimbabwean George Chigova featured in the game starting in goals for Polokwane City.