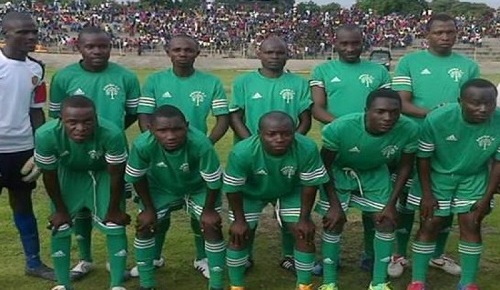 Rusape based side Dongo Sawmills are officially the first team to be relegated from the Premier Soccer League.

Dongo were hammered 5-1 this weekend by Triangle at Gibbo Stadium.

Dongo Sawmills have 18 points from 27 games and anchor the 16 team log table.

With three games to go Dongo can only finish at best on 27 points.

Tsholotsho who occupy the closest safety spot have already amassed 29 points meaning Dongo will not be able to reach safety even if they win all their remaining games.

Dongo had a poor debut season only managing three wins the entire season and losing 15 times and were plagued by financial issues.

They are likely to be joined by Whawha who held Chicken Inn but their chances of surviving are low.

The relegation fight now seems to be between Flame Lilly ,Buffaloes and Tsholotsho.

Tsholotsho have a three point advantage over Buffaloes and occupy 12th spot with Buffaloes in 13th and 14th respectively.