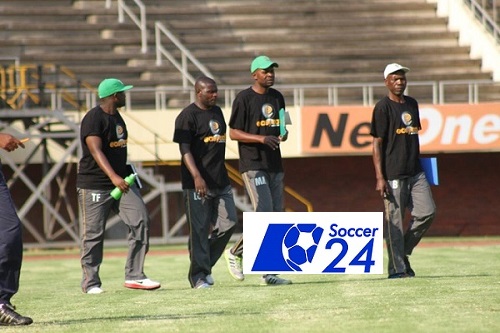 Lloyd Chitembwe expressed his satisfaction after seeing CAPS United get the better of Hwange in the quarterfinal of the Netone Easycall Cup.

CAPS United beat the visitors 3-1 to go through to the semi-finals.

“I am satisfied with the performance said Chitembwe after the match. “I knew we would get the goals and is satisfying to see what we practised in training being implemented in the game.

Joining CAPS United in the semi-finals was Chicken Inn who beat ZPC Kariba 4-3 on penalties.

Today Dynamos take on How Mine and FC Platinum host Highlanders to determine the other two semi-finalists.