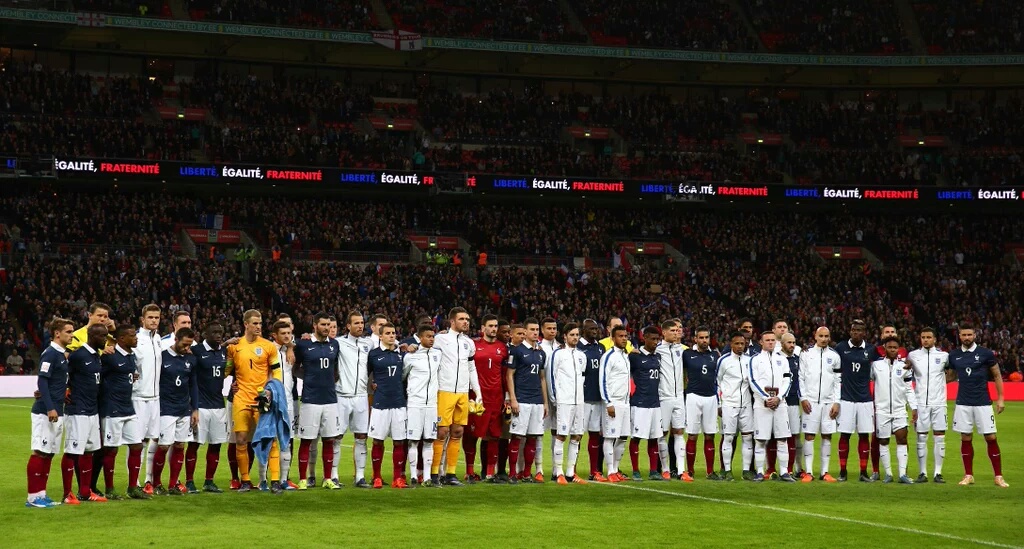 The football was just an anecdote in the friendly game played between England and France at Wembley. What the match will most definitely be remembered for is a shining example of liberté, égalité and fraternité following the horrendous attacks on Paris. Both teams and all present at the stadium sent out a clear message to fanaticism: we are not afraid.

The two teams, headed by Hugo Lloris and Wayne Rooney, ran out on to the Wembley pitch wearing black armbands. Soon after, Prince William and the two national team managers, Didier Deschamps and Roy Hodgson came on to lay down a wreath of flowers in memory of the victims.

The most emotional and moving moment was when the two countries’ national anthems were sung out. First, there was a rendition of the home side’s ‘God Save the Queen’, but when it came to France’s ‘La Marseillaise’, absolutely everyone present joined in. This was the anthem of all present.

The tribute to the Paris victims concluded with a minute’s silence and the players forming a circle in the centre of the pitch. The silence was perhaps even more deafening than the previous singing.

The game that ensued was friendlier than ever, England in the end winning 2-0 thanks to goals from Dele Alli and Rooney. But the real winners in the night’s events were without doubt peace and solidarity.