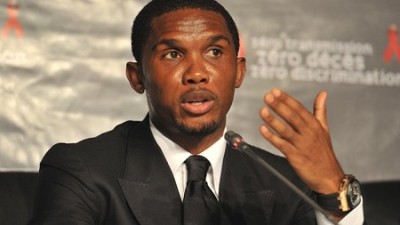 The former Cameroon and Barcelona striker is a guest speaker at the 9th International Conference on HIV/AIDS and STI’s in Africa (ICASA) that will be hosted by Zimbabwe at the HICC next week.

According to the ICASA website this year’s conference will provide an opportunity to highlight the diverse nature of the African region’s HIV epidemic and the unique response to it.

The conference will also see to strengthen efforts across all regions and around the world, building on the momentum of recent scientific advances.

Eto’o has been actively involved in fighting a number of health problems on the continent and was recently in West Africa as part of FIFA’s 11 against Ebola campaign which harnesses the power of football and scientific research to inspire girls and boys to lead healthy lifestyles.