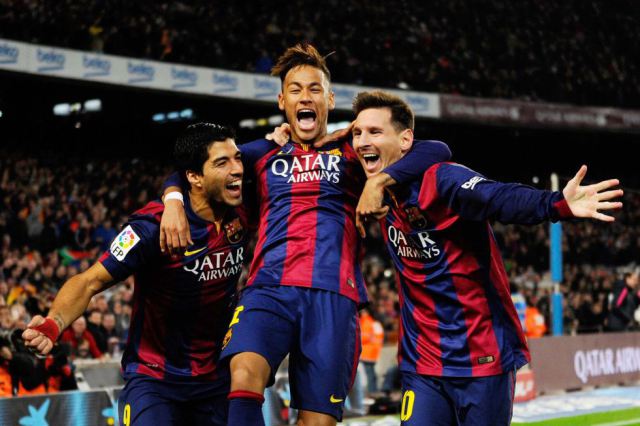 Lionel Messi is hopeful that Barcelona can perform a clean-sweep at this year’s Ballon d’Or awards with his forward partners Neymar and Luis Suarez joining him on the podium.

Messi made his first start since September on Tuesday as Barca crushed Roma 6-1 in the Champions League, the Argentinian and Suarez both netted twice while Neymar was fully involved in the action as well.

The trio are probably the most lethal attacking line in the world, and Messi is eager that they all be recognised at the Ballon d’Or ceremony on January 11, per MailOnline’s Pete Jenson:

“I hope that can happen, but it’s not something that we are going to obsess over. I’m sure Ney and Luis think the same way—if that is the way it turns out [the three of them as Ballon d’Or finalists] then great and if not it doesn’t matter.”

Messi is the heavy favourite to pick up a fifth Ballon d’Or gong this year having led Barca to a treble win last season.

Neymar and Suarez were also integral to that triumph—they both netted as Barca beat Juventus 3-1 in the Champions League final—and have been sublime in Messi’s absence this season.

However, Real Madrid’s Cristiano Ronaldo could be the man to spoil the Barcelona party on the podium.