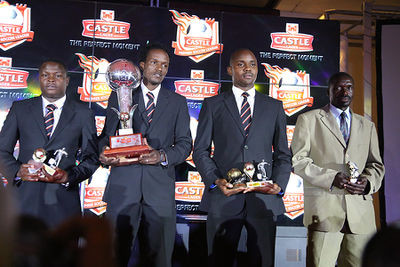 The 11 best players from the recently ended Castle Lager Premiership season will be selected today when journalists, club captains and coaches convey for the selection process.

Chicken Inn who landed their first league title are expected to supply a number of players.
These players include club captain Danny Phiri, Edmore Chirambadare, Mitchell Katsvairo,Clemence Matawu and goalkeeper Elvis Chipeeze all of whom played key roles in their title push.

Platinum players such as Marshall Mudehwe and Brian Muzondiwa are potential players to make the cut.

Joey Antipas is hot favourite to land the coach of the year but faces competition from FC Platinum head coach Norman Mapeza. The Young Player of the Year will also be selected as well as the Goalkeeper of the Year.

The Soccer Star of the Year and other winners will be announced at a dinner to be held on Friday evening.