Where is the unity? Ezra Sibanda blasts Bulawayo teams. 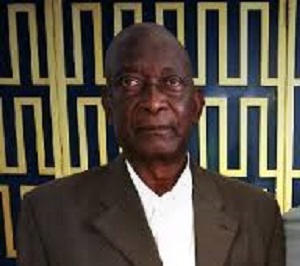 Sociallite and former Radio personality Ezra ‘Tshisa’ Sibanda has blasted Bulawayo teams for failing to send representatives at the burial of one of Dynamos founder member and Soccer Legend Freddy Mukwesha.

Mukwesha who is considered as one of the best players ever produced in the country was buried on the 10th of December at his home area in Goromonzi. Sibanda questioned the Unity of purpose of the Bulawayo teams in Highlanders, Chicken Inn and Tsholotsho and other teams as they did not send representatives at the gathering.

Below is the full text of Ezra Sibanda as posted on his facebook page.

Zimbabwe’s first ever footballing export to European football Freddy Mukwesha died on Tuesday and laid to rest on Thursday. It has once again reminded us that no matter how one excels in anything in our country as long as it was never in politics they won’t be recognised as a hero when they die. One of Dynamos founder members and legendary player also coached Caps United. What is disappointing is the failure by Bulawayo teams to send representatives to attend Mukwesha’s funeral. It was so embarrassing that Bosso, Chicken Inn, Tsholotsho and other teams did no send anyone to represent them. We lost our legends in this side of the country in recent times including Adam Ndlovu, Benjamin Konjera, Mercedes Sibanda, Joseph Machngura, Willard Khumalo and many others, the Harare teams and football legends descended in their numbers to the City of Kings to bid farewell to the departed colleagues. Why football legends from Bulawayo didn’t travel to Harare to say their goodbyes to Mukwesha is astonishing and very disappointing! Where is the unity in football?