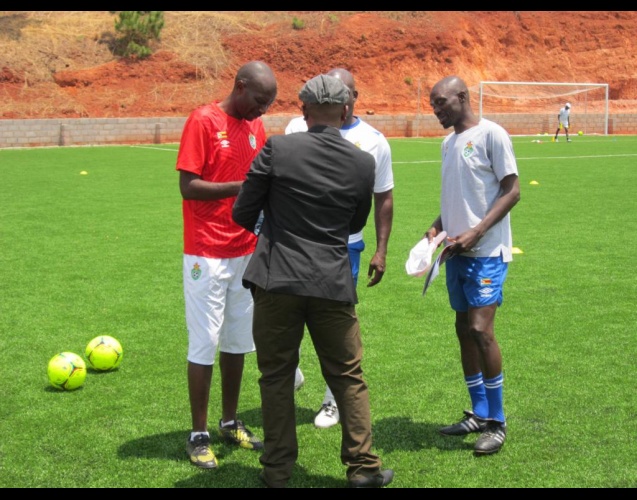 The Zimbabwe Warriors Camp has been rocked by more injuries ahead of the CHAN tournament in Rwanda in a fortnight.

With Skipper Danny Phiri and Hwange goalkeeper Takabva Mawaya already ruled out due to injury, FC Platinum winger Hillary Bakacheza, Chicken Inn midfielder Tafadzwa Kutinyu and defender Teenage Hadebe have also added to the growing list of people to miss out on Warriors trip to Rwanda.

Bakacheza aggrevated an injury while soccer stars finalist Kutinyu suffered a groin injury at training. Teenage Hadebe has been excused to attend to his family commitments.

In an Interview with the Sundaymail Pasuwa played down the injuries saying such things are normal and conceded that he has enough cover for the positions.

“We will just do our best with the 27 players that we have in camp,” said Pasuwa.

“As a technical team we expected these setbacks along the way, especially coming from a grueling season that these players have had, and so that is why we had an enlarged squad of 32.” He added.

Zimbabwe first match will be against Rival neighbours Zambia on the 19th of January. The Warriors will also line up against tricky customers in Mali and Uganda from group D.