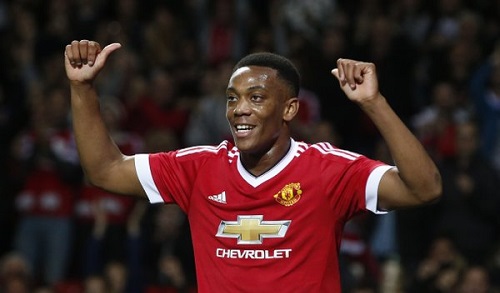 In the English Premiership today there were wins for Arsenal and Manchester United, while Liverpool were handed a defeat by West Ham.

Arsenal maintained their hold on top spot with a 1-0 win over Newcastle. The Gunners dominated the game but struggled to score until Koscielny’s 72nd minute goal while Peter Cech was kept busy at the other end.

At Old Trafford Manchester United finally secured a win when they beat Swansea 2-1. Anthony Martial scored the opener just after the halftime break.

However Gylfi put Swansea back into the game with an equaliser in the 70th minute.

Martial then set up Wayne Rooney for the winner in the 77th minute. It was the United strikers 188th Premier League goal second only to Alan Shearer.

Leicester were frustrated by a determined Bournemouth as they drew 0-0 ,Bournemouth ended the match with ten men after Simon Francis was sent .Leicester had a glorious chance to go in front but Riyad Mahrez saw his effort saved.