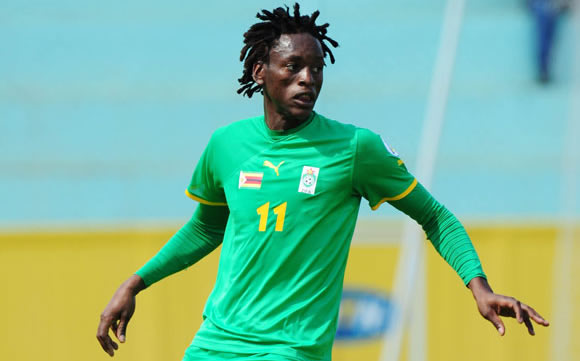 Charles Sibanda is set to make a comeback this season amid revelations that How Mine are keen on re-engaging the former Warriors, Highlanders attacking midfielder.

The dreadlocked Sibanda who has also turned out for FC Platinum and Motor Action had to be de-registered by the miners mid-way into 2015 season after he was injured in a car accident. Sibanda has been making progress with his injuries and is line for a return.

How chairman Paul Mc Andrew said : ” He is still in our plans and we will see what we will do for him.”

Sibanda was recruited by How Mine last year together with a plethora of aging stars that included Limited Chikafa, Devon Chafa, Tapiwa Khumbuyani, Tawanda Muparati and Munyaradzi Diya but the players struggled to make a big impact during the season.

Meanwhile, How Mine are set to finalise the appointment of a new head coach by this week.

It has been reported that Kelvin Kaindu will be in charge of the miners but sources close to developments at Triangle told Soccer 24 that the bosses at Sugarcane Boys have told the Zambian gaffer that they are expecting to resume duty.

How Mine are keen to rebuild their squad and are expected to let go of a sizeable number of players from their 2015 squad.