Chicken Inn invited to Zambia ahead of CAF Champions League 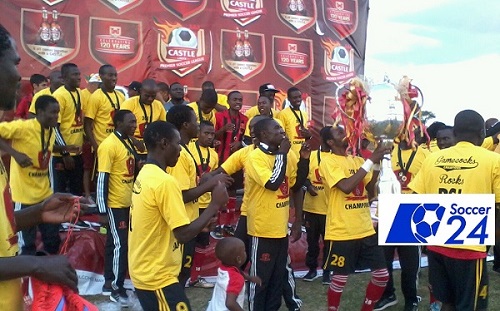 Zimbabwean league champions Chicken Inn have been invited for a tournament in Zambia by ZESCO United.

ZESCO United are the Zambian league champions and will be participating in the CAF Champions League.

The invitational tournament will feature another Zambia side Zanaco and Tanzania side AZAM. According to a statement from ZESCO United the four team tournament will take place between the 27th to the 3rd of February.

Speaking to FAZFootball.com Zesco United Public Relations Officer Katebe Chengo said “It is traditional for us since 2014 to host the four team tournament for which matches are basically played as friendlies and there are no financial rewards for participants and winners.

“In 2014 we hosted the tournament in Ndola when Mamelodi Sundowns, Don Bosco and Power Dynamos participated and last year the tournament was held in Congo featuring AZAM, Don Bosco, Zesco United and TP Mazembe.

“Chicken Inn, AZAM and Zanaco confirmed that they will be available for this year’s tournament.

The teams will all play each other in a round robin format. All the teams participating either in the CAF Champions League or Confederation Cup and tournament is to assist teams in their preparations.

Chicken Inn clash with Mamelodi Sundowns on the weekend of 13-14 February.