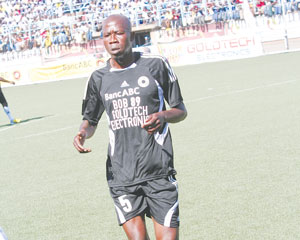 Veteran midfielder Mthulisi Maphosa, through his agent Ezra “Tshisa” Sibanda is reportedly demanding $7 000 that he is owed by the Bulawayo football giants Highlanders.

Bosso chief executive officer Ndumiso Gumede acknowledged receiving a letter dated 12 January from Sibanda where the former ZBC employee made the demand on behalf of client.

“We received a letter from Ezra Sibanda who is an agent for Mthulisi Maphosa. He stated that his client is owed $7 000 by Highlanders and our executive discussed the matter on Monday. They are many points that I need to reply to,” said Gumede.