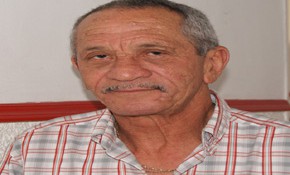 Rosen died earlier today after a heart failure. Sources close to the family confirmed the news to Soccer24.

Rosen founded Motor Action from a franchise bought from Blackpool.

The “Mighty Bulls” as they were known experienced a number of achievements during the 14 years in the top flight with their finest achievement being the 2010 league championship.

Motor Action also clinched the 2011 BancABC Sup8r Cup and 2005 Independence Trophy. However the club was eventually relegated in 2013 after financial struggles and was put for sale in 2014.

Despite their relegation Rosen will always be remembered for his immense vision that saw him strive to make have the club professionally run and take on the traditional bigger giants.

The Soccer24 family passes it condolences to the Rosen family at this sad time,we will forever remember the immense contribution he gave to the local football scene.