Zvirekwi: Warriors will play for pride 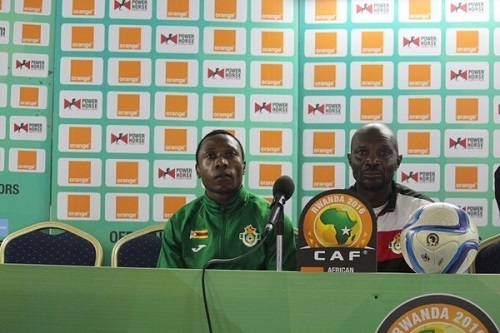 Warriors captain Hardlife Zvirekwi insists that they will give their all for the sake of the country against Uganda in their final CHAN 2016 Group D match.

Zimbabwe has already been eliminated after two successive defeats.

Also read: Four key reasons why the Warriors crashed out of CHAN 2016

“The heart should be with the nation and that is why we put our hands on the Zimbabwean bird each time the national anthem is being played,” Zvirekwi told the Association’s official website www.zifa.org.zw.

“Now we have our pride to play for and we have to tenaciously work for that pride and end the CHAN tournament with dignity,” said the 28 year old Captain.

Uganda still have a chance to qualify with a win. Ugandan coach Milutin ‘Micho’ Sredojevic has given praise to Warriors head coach Callisto Pasuwa and says Zimbabwe are better than what was seen at CHAN 2016.