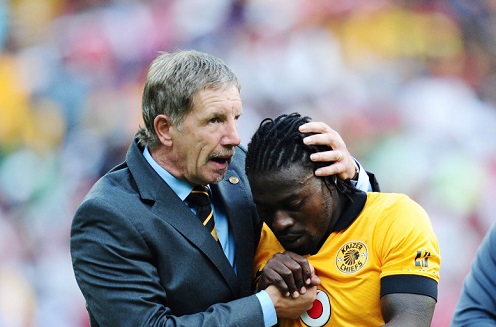 Zimbabwean international Kingston Nkhatha has been reunited with Stuart Baxter at ABSA Premiership side Superport United.

Baxter was confirmed as the new Superport United head coach today after Gordon Igesund was relieved of his duties.

Baxter was in charge while Nkhata was still at Kaizer Chiefs and stood by his side and praised him despite the striker being at the receiving end of fans who booed him on a number of occasions.

Nkhatha later revealed that he had left Chiefs for Superport United with Baxter’s blessing.

Supersport are currently in 10th position on the 16 team log and have struggled this season despite their pre-season expectations after a number of high profile signings.