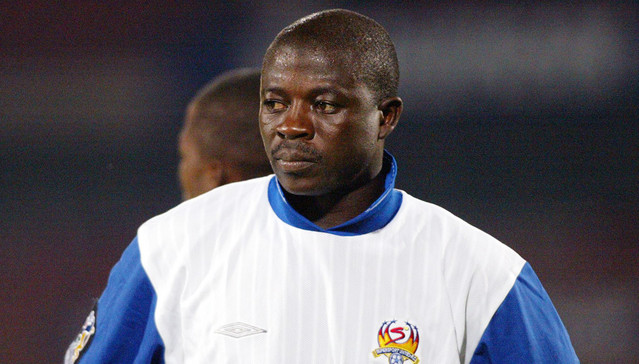 Supersport United parted ways with Gordon Igesund after a string of poor results and replaced him with former Kaizer Chiefs coach Stuart Baxter.

However Baxter is still in Sweden and will be only in South Africa next week and will have to wait for his work permit to be processed.

Tembo has thus been handed the reins until the arrival of Baxter.

A statement from Supersport United read: Baxter will be taking up his coaching duties pending the finalization of his work permit and current assistant coach Kaitano Tembo and Academy Technical Director Kwanele Kopo will take interim charge of the team until Baxter is cleared for duty. Both Tembo and Kopo will remain as assistant coaches until the end of the season.

Tembo has been with Supersport United since 2006 when he retired from playing and was appointed assistant coach to Gavin Hunt in 2012.

Tembo’s first game in charge will be this weekend when Supersport host Free State Stars in the ABSA Premiership.