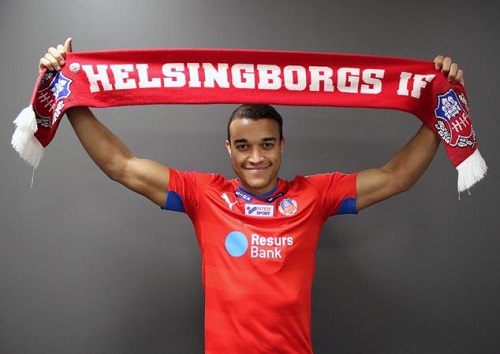 Zimbabwean international Matthew Rusike continued his good start at Helsingborg when he scored in their 3-0 win over Hammarby.

It was Rusike’s second consecutive goal after scoring on his debut last weekend.

Rusike came from the bench to score Helsingborg’s 3rd goal to seal the win as they continued their pre-season.

Rusike expressed his delight with his start and tweeted after the game:

Rusike left Halmstads BK at the end of the Swedish season last year after they had been relegated from the top flight.

Rusike had made an impact since joining them in July scoring four times in 9 games but could not save Halmstads BK.