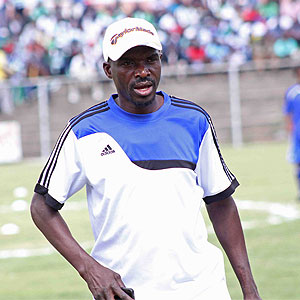 Chaminuka was unveiled as the club’s new coach today. “We have officially unveiled Saul Chaminuka as our Head Coach Today read a statement from the club.

Border Strikers was forced to look for a new coach as Never Malunga, who guided them into the top flight from the Central Region, does not have the minimum coaching requirement required to sit on a Premier Soccer League coaching bench.

Chaminuka was dismissed as head coach of ZPC Kariba in May 2015 after some poor results. Chaminuka had lead ZPC Kariba to second place in their debut season in 2014 .He is also  the Warriors assistant head coach.