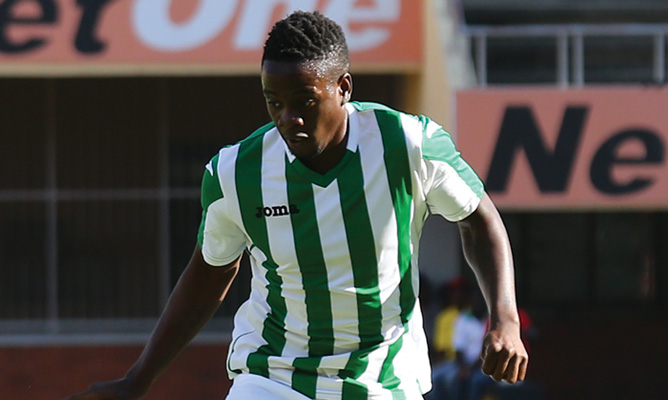 Archford Gutu inspired CAPS United as they beat University Pedagógica 1-0 in a friendly match in Chimoi, Mozambique this afternoon.

Gutu scored the winning goal in the 50th minute as he continued his impressive start since joining the Green Machine.

Gutu put on a good performance and seems to be settling well at  CAPS United since being snatched from Dynamos who had been on the verge of resigning him. Gutu had also found the target against  Esterella de Beira in their last match.

CAPS United finished the match with ten men after Devon Chafa was red carded for a crude tackle.

CAPS United were on top of their opponents for most of the game and could have added to their tally but in the end had to settle for the 1-0 victory.

Veteran strike Leonard Tsipa was denied by the post while Gutu could have grabbed a brace as well.