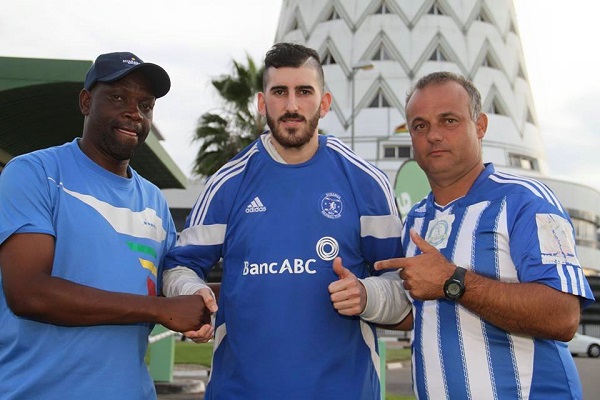 Dynamos have reportedly decided not to sign Portuguese national Carlos Branco after he failed to make the grade.

Branco was invited for trials by head coach Paulo Jorge Silva as he sought to solve his misfiring attack.

Branco claimed he had turned out for Leicester City and Stoke City juniors during his career and was seeking a fresh challenge in Zimbabwe.

However according to the H-Metro Branco’s stay in Zimbabwe has ended prematurely after he failed his trials and will be heading back home today.

“He played a few minutes in Malawi and tonight he leaves the country for Portugal a Dynamos source is quoted saying by H-Metro.

Dynamos drew one and lost the other during their tour of Malawi with Bronco lasting only 11 minutes before being substituted after a strain.

His arrival saw mixed reactions from fans with others questioning whether a foreigner would succeed in the local league.

Meanwhile Dynamos have now continued their search for firepower upfront and have handed a trial to a Nigerian player Dury Mercy.