With Warriors head coach Callisto Pasuwa finally naming his squad for the upcoming AFCON qualifiers against Swaziland fans have given mixed reactions. 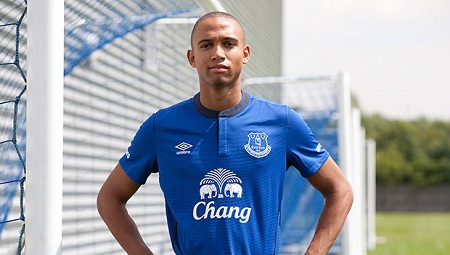 Galloway who turns out for EPL side Everton and Darikwa who is based at Championship side Burnley will be massive additions to the Warriors.However the big question is will there honour the call ups. The two have been called up before but didn’t turn up with Darikwa reportedly getting his call up late. With their careers progressing well  the consensus is they would rather wait for England than take up the Warriors offer.However everyone agrees it would be great to have them turn up for Zimbabwe.Time will tell.

After an costly error after a back pass from Danny Phiri against Guinea ,Washington Arubi is far from a favourite among local fans.In fact Arubi’s blunder is now viewed with great suspicion  from some in light of the match fixing scandal.

Malajila used to be one of the first names in the Sundowns starting line-up but this season he has struggled to get game time in a star studded ABSA Premiership side. Malajila is down the pecking order at his own club so what’s the justification of getting a national team jersey some have asked?

The Zimbabwean international seems to have grabbed his chance at Orlando Pirates with both hands and recently struck a super brace in the Soweto derby.However it hasn’t been enough to get a call up. Some have argued that Ndoro should have been named instead of Malajila but Pasuwa probably knows best.

Jaure probably not a match-fixing suspect

After being named as possible suspect in the latest match fixing scandal many were surprised to see Partson Jaure in the squad named by Pasuwa. With ZIFA yet to explicitly name the players involved Jaure’s inclusion probably suggests his not involved!