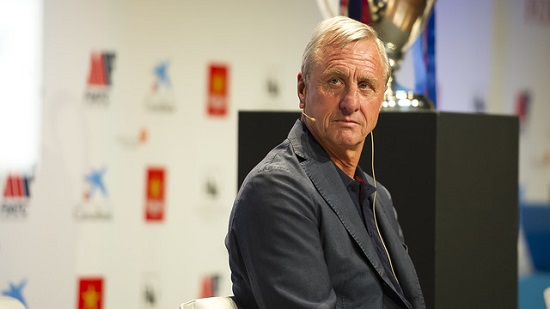 “It’s with great sadness that we ask you to respect the family’s privacy during their time of grief.”

During his playing career he played for Ajax Amsterdam and Barcelona and was named European footballer of the year three times.

He was a key figure for the famous Dutch team that reached the 1974 World Cup final and was eventually beat 2-1 by West Germany.