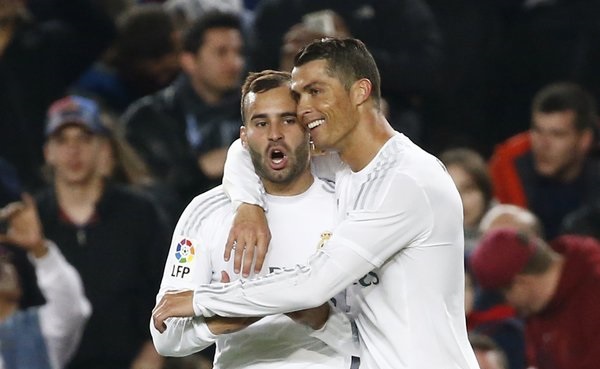 Real Madrid have ended Barcelona’s unbeaten streak after a 2-1 win at the Nou Camp. Barcelona took the lead through an unlikely source when Gerard Pique scored with a header in the 56th minute

Real Madrid though kept on probing and where eventually rewarded when Karim Benzema equalised with a good finish.

Real Madrid thought they had taken the lead but Gareth Bale’s header was ruled out for an infringement .

Sergio Ramos was sent off in the 83rd minute after a second yellow card after a lunge on Luis Suarez to reduce Zidane’s men to ten.

Barcelona remain on 76 points while second placed Atletico Madrid are six points behind and Real Madrid have 69 points.