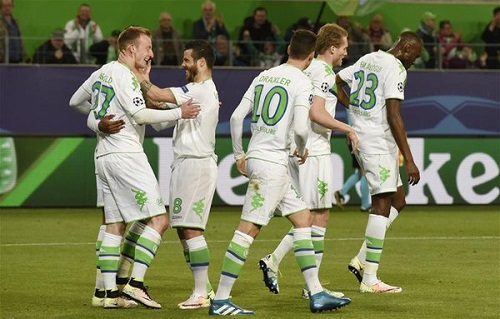 In Paris PSG could have taken the lead in the 14th minute but Joe Hart did well to save Zlatan Ibrahimovic’s penalty.

De Bruyne then gave City the lead in the 38th minute but the lead did not last long as Ibrahimovic made up for the earlier miss with an equaliser.

PSG then went in front after Rabiot scored into an empty net with Joe Hart stranded. However in the 72nd minute City got themselves another precious away goal with Fernandinho.

In Germany Real Madrid were left on the brink of being knocked out after losing 2-0 to Wolfsburg. Ricardo  Rodriguez put his side in the lead from the penalty spot after Draxler had been brought down.

On the 25 minute Wolfsburg made it 2-0 with Arnold capitalising on poor defence to scored.Real Madrid did have chances to get back into the game but failed to convert and will now need a massive performance to turn around the tie at the Bernabu last week.